Check if you've got a valid MOT, it takes no time at all...

Book your service online with Team Valley Service & MOT Centre, it's just a click away... 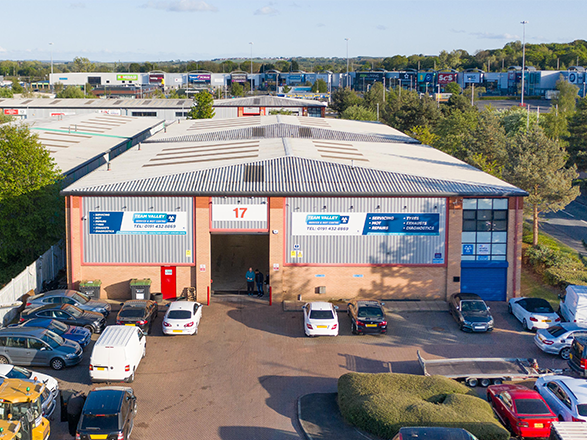 Team Valley Service & MOT Centre in Gateshead is the largest independent garage and workshop in the North East, dedicated to offering customers a genuine alternative to expensive main dealers in Gateshead, Newcastle and all over the north east of England.

Our 13,000 sq ft workshop is clean, modern and fully equipped with dealer diagnostics and state of the art tooling, and all our technicians are dealer-trained and committed to the very highest standards of workmanship. We work on all makes and models of car and light commercial van, specialising in Land Rover models. 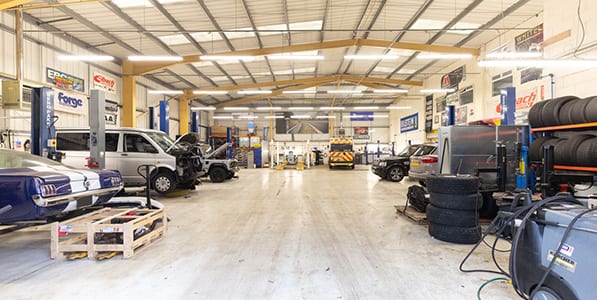 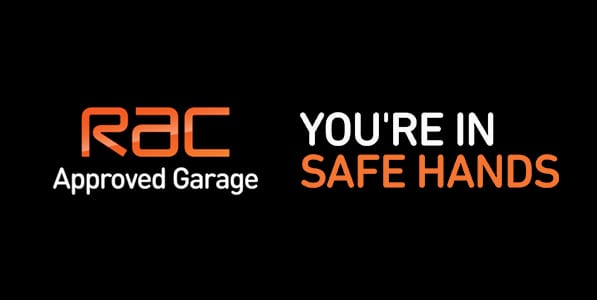 Team Valley Service & MOT Centre are proud to be an RAC-approved independent garage.

Team Valley Service & MOT Centre in Gateshead are delighted to be able to offer Payment Assist as a way to spread the cost of larger bills over 4 months, completely interest-free.

25% of the total bill amount must be paid when you collect your vehicle as a deposit to take out the payment plan. We then complete a short, online form with you submitting your personal details and the remaining 75% can be split across the following three months.

What our customers think...

All in all I received a class service

My alternator went bang so the RAC hooked me up to a booster pack and followed me over early sunday morning,…

I totally recommend this garage!

Very professional, quick and reliable! I totally recommend this garage!

I am a very happy customer

Had a my car repaired today. My car broke down and had to be towed by the RAC to this garage. Got it repaired…

First class service can't fault them in any way, spot on 👍, 5 stars 👌. Thanks to all throughout the…

1st class company, 5 stars all around.

Vehicles that are regularly serviced are in fact:

- Much more reliable
- Cheaper to run: brief, frequent, checks can help save fuel, improving efficiency
- Less hazardous for drivers because of reduced safety through wear and tear
- Less subject to suffer breakdowns and collisions
- Helpful in developing your business: making your fleet efficient, your customers satisfied and your reputation enhanced.

Fleet vehicles that are regularly maintained, moreover, are less likely to incur fines or penalty points.

To discuss your fleet vehicles servicing with us, call Ralph on the number below or message us here directly. ... See MoreSee Less

Car not running properly? Unfamiliar noises that are concerning you?

September certainly is a busy month for MOTs! We have additional technicians to cope with the demand. If your MOT is due for renewal call Ralph on 0191 432 8869 to have your vehicle booked in , it's peace of mind, especially with the bad weather here. ... See MoreSee Less

We are hiring! Due to continued growth and customer demand, we are looking for three qualified technicians to work at our fantastic premises. Based near Team Valley Retail Park. We pride ourselves on providing excellent customer service and an excellent working environment for our staff.

If you're interested, message us directly on Facebook or call Ralph on 0191 432 8869. Alternatively, call in to see us and our excellent facilities at 17 Octavian Way, Team Valley, Gateshead. NE11 0HZ. ... See MoreSee Less

GB number plate sticker no longer valid abroad! Important info courtesy of the BBC News Website, if you're travelling abroad, read this.
www.bbc.co.uk/news/business-58734265
British motorists driving outside the UK must now remove old-style GB stickers or cover them up.
Instead they should display a UK sticker or have the UK identifier on their number plate.
The UK government guidance has been in place since Tuesday 28 September.
"It might only be a matter of replacing two letters, but this is a significant change for drivers who in normal times take their cars outside the UK," said RAC spokesman Rod Dennis.
The new rules state that any driver with a GB sticker on their car now needs to replace it with a new UK one if they are taking their vehicle abroad.
"Drivers also need to remember that number plates featuring the blue band and letters 'GB' next to the European golden stars are also no longer valid," Mr Dennis warned.
Penalties for not complying with the new rules are likely to vary.
Halfords warned that drivers who failed to display their UK badges could be refused entry to some countries.
Number plate changes
The GB sticker was valid for cars from England, Scotland, Wales and Northern Ireland.
The move was only revealed by the United Nations which said it had received "a notification stating that the United Kingdom is changing the distinguishing sign that it had previously selected for display in international traffic on vehicles registered in the United Kingdom, from 'GB' to 'UK'".
What are the rules on driving in the EU after Brexit?
Petrol shortage: Is the fuel crisis improving?
Brexit paves the way for gene-edited crops
A Department for Transport spokesperson said: "Changing the national identifier from GB to UK symbolises our unity as a nation and is part of a wider move towards using the UK signifier across government.
"We notified the UN of our intention to make these changes in July, and have been working with the sector to implement the change."
The latest change comes just nine months after the government announced new style number plates to mark the one-year anniversary of Brexit.
In January the EU flag was removed from all UK number plate designs and UK drivers were told they wouldn't need to display a GB sticker in most EU countries if their number plate has GB or GB with a Union Flag on it.
At the time Transport Secretary Grant Shapps said: "Looking to the future, whether it's for work, or for holidays abroad, these changes mean that those who want to drive in the EU can continue to do so with ease."
Sticker rules
According to government guidelines anyone planning to drive outside the UK now needs "to display a UK sticker clearly on the rear of your vehicle if your number plate has any of the following:
• a GB identifier with the Union flag
• a Euro symbol
• a national flag of England, Scotland or Wales
• numbers and letters only - no flag or identifier
However, anyone with a number plate that includes the UK identifier with the Union flag, also known as the Union Jack, does not need a UK sticker.
The guidelines add: "If you're in Spain, Cyprus or Malta, you must display a UK sticker no matter what is on your number plate.
"You do not need a UK sticker or number plate to drive in Ireland." ... See MoreSee Less

Good News! Due to continued growth and demand from our customers, we are hiring! ... See MoreSee Less

My car is making a noise when braking

If your car squeaks or squeals when you apply the brakes, your brake pads are telling you that it’s time to replace them.

Brake pads have built-in indicators which alert drivers when they wear down, so call your mechanic and arrange to fit some replacement pads.

If you hear your brakes grinding that probably means you’ve missed the squeaking warning signs and have waited too long to replace your brake pads.

You need to book your car into the garage as soon as possible.

Either way, this needs to be looked at by a professional to prevent any long-term damage. ... See MoreSee Less

Look out for leaves

They might look great when they’re turning golden brown but autumn leaves can be extremely dangerous on the roads, so take extra care if you’re travelling along rural routes and tree-lined streets in towns and cities.

The Highway Code says you should leave two seconds between you and the car in front, but if the road is slippery with leaves – particularly if it’s been raining – leave a bigger gap to prepare for longer stopping distances.

Leaves can cover up other surprises, like potholes and dips, so make sure you’re travelling carefully enough to deal with anything unexpected.

Prepare to be dazzled

Autumn means the sun is a lot lower in sky, and for drivers this increased glare can be dangerous, especially when it’s flickering through leafless trees.

To stay prepared for the dazzle, keep a good pair of sunglasses in the car and make full use of the sun visor. It’s also sensible to keep your windscreen clean and clear at all times, as any streaks will further impair your vision in the sunlight. ... See MoreSee Less

We're getting into Autumn so we thought we would share some useful tips with you.

Getting a car service is an easy thing to let lapse with modern vehicles and many of us have fallen out of the practice of checking oil and tyre pressure ourselves. But cold and wet weather can be brutal on your car and it’s better to do it now than in the depths of winter when everyone else is queuing up for emergency repairs!

This is the time of year when your tyres need to be at their very best to deal with greasy leaves and wet roads, so be sure to check their tread and pressure.

Replace ill-fitting or damaged wipers, which can smear or damage your screen and make sure you have ‘all-season’ or winter washer fluid topped up, to stop the water from freezing. ... See MoreSee Less

Some interesting info about car brakes!

Early braking systems consisted of nothing more than a block of wood and a lever system. When the driver wanted to stop, he had to pull a lever located next to him and make the wooden block bear against the wheel. While this worked perfectly fine for old-school steel-rimmed wheels, the technology had to be revamped when rubber tires came into play.

Brake fluid attracts water like magnets attract metal. Over time, the brake fluid absorbs water from the air, and all of the excess moisture gradually reduces its boiling point, increases its viscosity, and promotes rust and corrosion.

When a vehicle’s brakes are cold, the stopping distance is more dependent on the traction of the tires than the power of the brakes.

Websites for the motor industry from